Making Your Voice Heard: Why Voting is More Important Than Ever 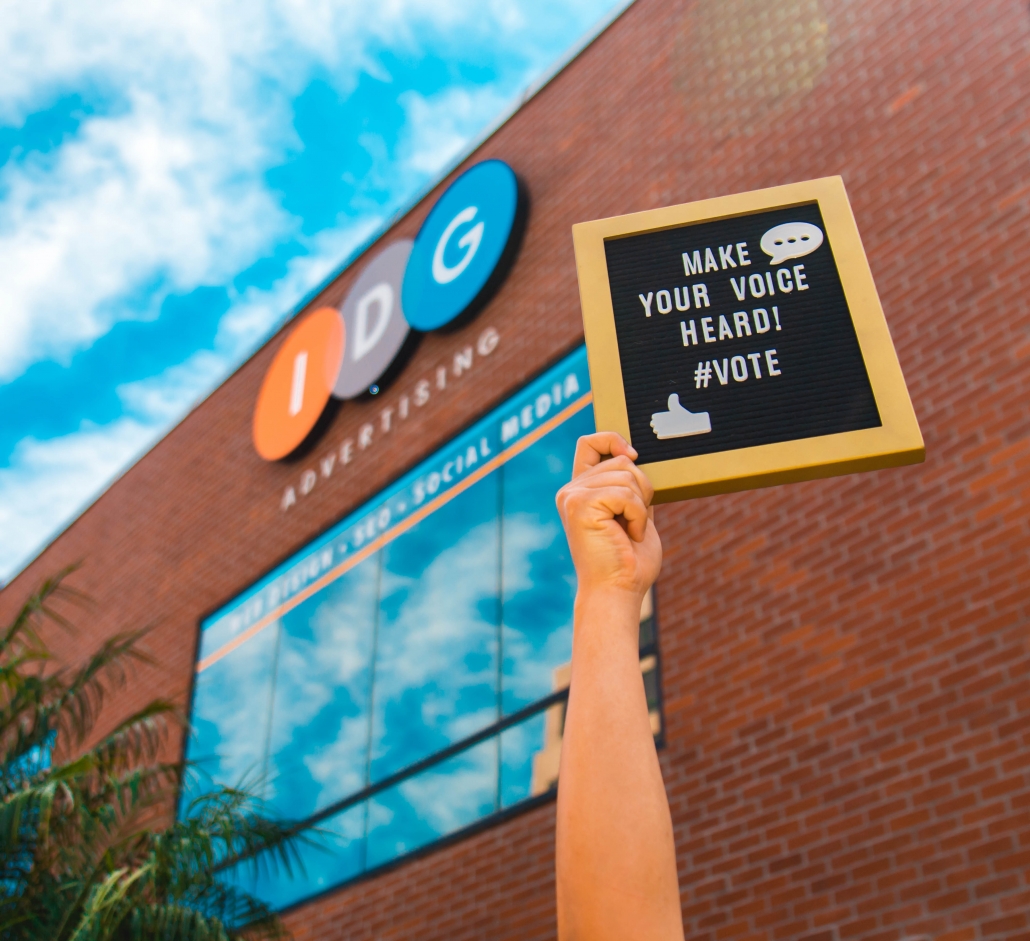 2020 has been one of the most challenging and divisive years in modern history. From a global health crisis to a national identity crisis, there’s been no shortage of political topics pervading the news. When highly emotional circumstances such as these arise, many people can feel hopeless. Everyone has heard someone say (if they don’t say it themselves), “I’m just one person; what can I do?” However, that’s precisely the awe-inspiring power of the democratic vote. Each individual becomes a small part of history and helps make decisions about how their city, state, and country operate and serve them. If there’s something you passionately want to see changed—and these days, everyone has at least one thing—the easiest and most effective way to institute that change is to vote.

The importance of voting

When people hear that they should vote, they often only think of the presidential election. They may respond “But I don’t like either candidate” or “My state will definitely vote Democratic/Republican anyway”. However, while voting for president is important, there are hundreds of other, smaller elections being held each year. Voting for local laws and government positions are not privileges which should be quickly overlooked. For example, did you know that sheriff is an elected position in the state of California? Those who are seeking law enforcement reform can have a say in how their local police force is run by voting for a sheriff who has the belief system and career history that they most want to see. This is just one small example of how local elections can play a major role in systemic reform.

Educate yourself on the issues

The most important step toward voting is becoming informed about the issues you’ll be voting on. To make it less overwhelming, begin with the issues that are most important to you, whether that be the local school board, law enforcement offices, bills regarding a certain topic, or simply US presidential candidates. Use resources such as Vote 411 to see what will be on the ballot in your area, and do further research on each of these by consulting multiple reputable resources. Many sources of information present the issue with at least slight bias, so referencing multiple sources will help you receive the most accurate and well-rounded insights into each topic. You can then see which local candidates have views most similar to yours by visiting websites such as BallotReady. If you’re not sure exactly where you fall, I Side With can help you better understand how your political beliefs match political parties and candidates. 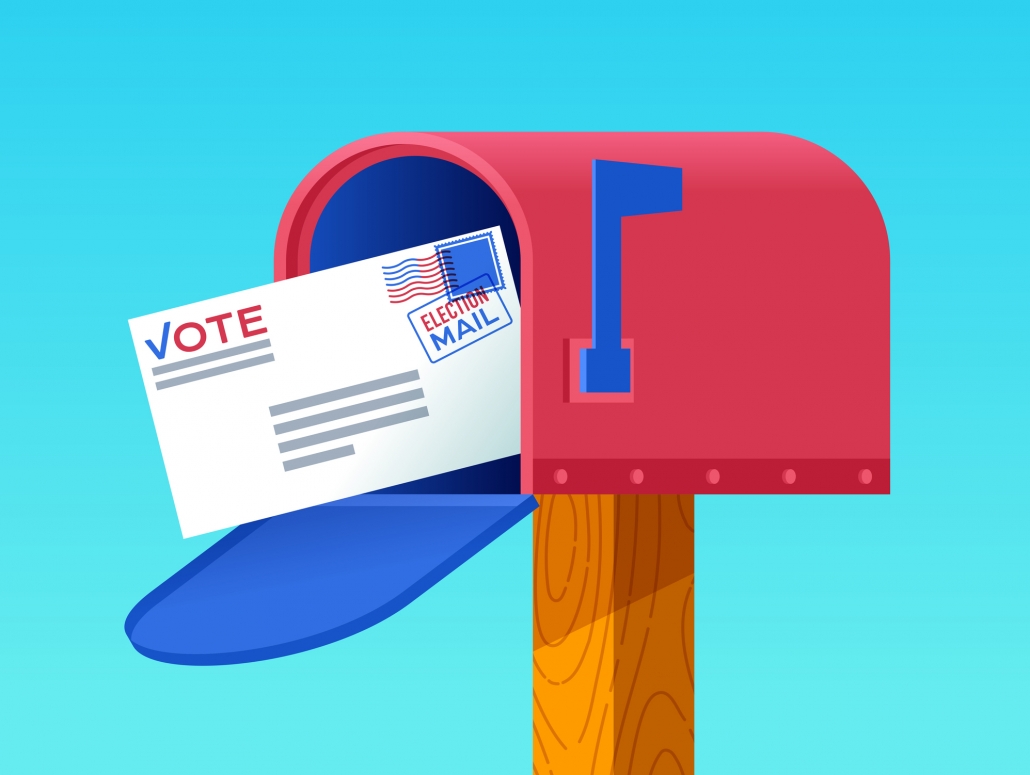 Once you’ve decided where you stand on all the issues, you should make sure that you know your voting rights. Voting requirements and the confusion surrounding them have always been a topic of public conversation, but this has only become more prevalent in recent elections. When you show up to vote, you’ll likely be asked to show your valid government-issued ID, although this varies state to state. Whether you’ll need an ID, which forms of ID are valid, and what to do if your registered address doesn’t match your ID are all questions which are answered on USA.gov. It’s a good idea to know this information before you go to vote so that you’ll be confident in the process in case anything goes wrong. Another common voting question is what happens if you’re in line when the polls close. Even if the polling station has reached its closing hours, they will keep processing voters who are in line, so don’t leave! If polling stations try to disperse you, let them know that you have the right to stay and vote. Most states have laws that require them to process your vote. If you can’t make it to a physical poll place, most states also have absentee voting or vote by mail laws. Check online to see if you’re legally entitled to these options in your state.

It can often feel like you’re powerless or that your voice is silent in the sea of so many others’. However, it’s important to remember that every wave of change is composed of individuals who pushed past that same fear of not making a difference. Very, very few people make a change alone. However, adding your voice to the choir through voting can help implement a new era in which the policies you’re fighting for and the candidates you believe in are able to make changes that best serve you and your community. While some have to fight harder than others to be heard, this, too, is an issue that can be rectified over time through the act of voting and fighting for change in a way that no one can condemn or sequester. Every election, every new president, every major societal shift was the direct result of individuals deciding to make their voices heard, even when they thought no one could hear them.

This site uses cookies. By continuing to browse the site, you are agreeing to our use of cookies.

We may request cookies to be set on your device. We use cookies to let us know when you visit our websites, how you interact with us, to enrich your user experience, and to customize your relationship with our website.

Click on the different category headings to find out more. You can also change some of your preferences. Note that blocking some types of cookies may impact your experience on our websites and the services we are able to offer.

These cookies are strictly necessary to provide you with services available through our website and to use some of its features.

Because these cookies are strictly necessary to deliver the website, refusing them will have impact how our site functions. You always can block or delete cookies by changing your browser settings and force blocking all cookies on this website. But this will always prompt you to accept/refuse cookies when revisiting our site.

We fully respect if you want to refuse cookies but to avoid asking you again and again kindly allow us to store a cookie for that. You are free to opt out any time or opt in for other cookies to get a better experience. If you refuse cookies we will remove all set cookies in our domain.

We provide you with a list of stored cookies on your computer in our domain so you can check what we stored. Due to security reasons we are not able to show or modify cookies from other domains. You can check these in your browser security settings.

These cookies collect information that is used either in aggregate form to help us understand how our website is being used or how effective our marketing campaigns are, or to help us customize our website and application for you in order to enhance your experience.

If you do not want that we track your visit to our site you can disable tracking in your browser here:

We also use different external services like Google Webfonts, Google Maps, and external Video providers. Since these providers may collect personal data like your IP address we allow you to block them here. Please be aware that this might heavily reduce the functionality and appearance of our site. Changes will take effect once you reload the page.

The following cookies are also needed - You can choose if you want to allow them: